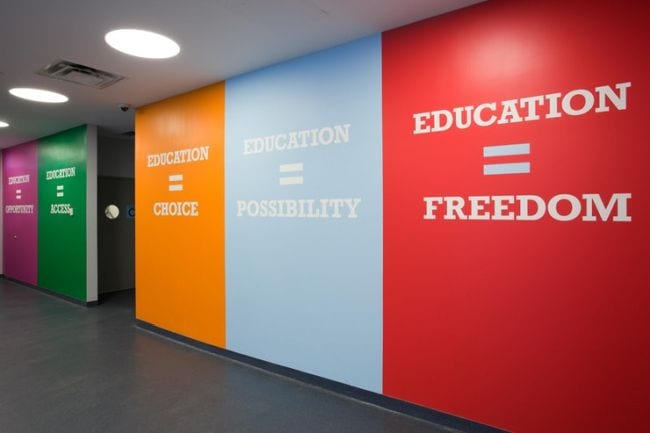 On Wednesday, after I lost my shit at work and caused several to walk down the hall to investigate the commotion, I left my office to walk the halls at one of the schools in my district. I needed to recenter. I needed to focus on an empty school filled with promise and potential. It was an overwhelming walk that was not helpful but rather needed. I was unable to shake the image of the tragedy out of my mind. I felt as though I was coming apart. I felt for the first time, defeated – not battle defeated, but lost the war defeated.

There is no hope in this post. I have no story from Japan that will make it all better. I have no appealing image that corresponds to this post, and I certainty do not have any words of wisdom of what this all means. Tuesday broke me, Wednesday scattered my pieces, and Thursday and Friday were filled with trying to work at school feeling overwhelmed not knowing if I would come back together.

While I have no words of wisdom, I will ask if you know a teacher, reach out to them. For two years society placed so much on the shoulders of teachers. Corporations, politicians, pastors, and parents placed tremendous amounts of stress on educators to do what others would not – just show up. This educator needs far more than a break…but, alas, summer school starts on Wednesday. And my track record for Wednesdays as not been so good lately!